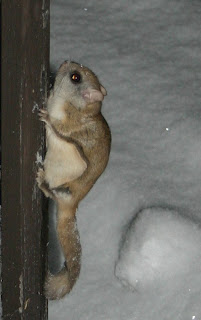 I was going to post shortly after Imbolg but realized that it was sounding an awful lot like the post I had done the year before. Except some of our "cupboards" weren't as well stocked due to life while we dd have more
chicken in the freezer and eggs. We've been eating a lot of eggs. Sometimes things just circle around.

More recently anything I posted here would have been just about the weather. While many complained about it, this spring was much more "normal" than last, with no early warming spell to bring on a huge population of insects (while our bats are nearly wiped out by White Nose Syndrome). It's still quite cool, with the snow now finally gone from our mountain except for a patch here and there in well shaded woods, despite a light snowfall two nights ago which was gone by mid-day.

And so, we are back on our mission to find a way to fence in the gardens so that we get something instead of them just feeding the goat. ~;p  Maybe I'll have something to write about that later, but I will likely only do so if we win. Or there is something funny to share. Meanwhile, this hasn't been updated because life is kind of quiet and boring. Much of my winter and spring has been focused on writing, possibly for publication (which, due to subject matter, I'm most likely to announce at Flying with the Hooded Crow) Now, of course, there is fencing and building and preparing and, soon, planting.Oh, and cleaning, lots and lots of cleaning now that the snow is gone.
Posted by Saigh at 9:39 AM 2 comments: Links to this post